'The British press is extremely centralised, and most of it is owned by wealthy men who have every motive to be dishonest on certain important topics. But the same kind of veiled censorship also operates in books and periodicals, as well as in plays, films and radio. At any given moment there is an orthodoxy, a body of ideas which it is assumed that all right-thinking people will accept without question. It is not exactly forbidden to say this, that or the other, but it is ‘not done’ to say it, just as in mid-Victorian times it was ‘not done’ to mention trousers in the presence of a lady. Anyone who challenges the prevailing orthodoxy finds himself silenced with surprising effectiveness. A genuinely unfashionable opinion is almost never given a fair hearing, either in the popular press or in the highbrow periodicals..'


A Blemish in the Darling Darwin 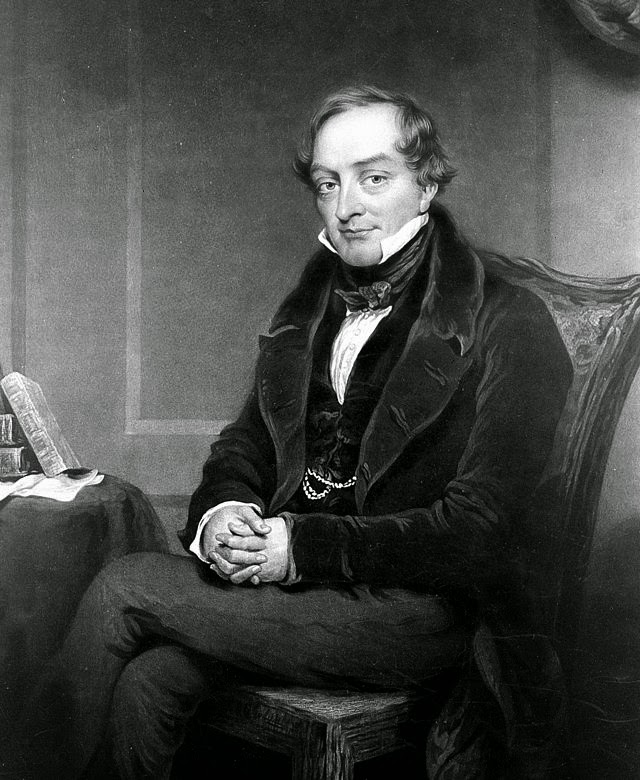 “When favourite speculations have been long indulged, and much pains have been bestowed on them, they are viewed with that parental partiality, which cannot bear to hear of faults in the object of its attachment. The mere doubt of an impartial observer is offensive ; and the discovery of anything like a blemish in the darling, is not only ascribed to an entire want of discrimination and judgment, but resented as an injury." 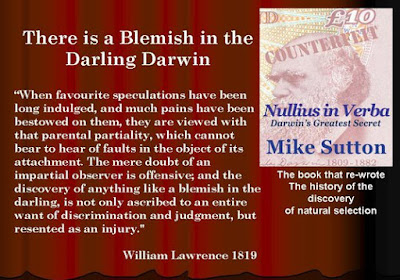 But the New Data means that Darwin's cat is out the bag and there can now be no getting it back in: Patrickmatthew.com

Email ThisBlogThis!Share to TwitterShare to FacebookShare to Pinterest
Labels: A Blemish in the darling, Orthodoxy, William Lawrence