Like so many exploited by the Darwin Industry, deranged nutter Julian Derry is a fragile person whose grip on reality is extremely tenuous. In this respect, the Darwin Industry is very analogous to the Wellness Industry in that it has taken on a life of its own and is comprised of many publishers and authors all writing at great and compelling length to essentially promote and then defend it's very foundations, which are built on a lie. In the case of the Darwin Industry that lie is that Charles Darwin has priority over Patrick Matthew for Matthew's (1831) prior published complete theory of the natural process of selection; and on Darwin's 100% proven lies about Matthew's prior-readership.

Julian Derry weirdly has it preserved in his addled and malicious brain, like some nasty old rotten pickled egg, that I have claimed in some way that one of the missions/duties/orders of the Beagle was to search out for naval timber. I have never ever claimed any such thing anywhere. I've never seen any evidence for it. But poor Desperate Derry is a deranged serial liar and is guilty of so much libel he is really in for such forthcoming trouble with all his published serial lies.

Here is just one of Derry's typical harassment blogs publishing complete disinformation on behalf of the bent Darwin Industry, which hides behind vulnerable troll-losers like Derry, in desperation to hide the facts I uncovered and published on Darwin's plagiarism and associated serial lies in my book 'Nullius in Verba: Darwin's guilty secret (here).

I have legally, forensically, archived Derry's blog post like so many of his others: https://archive.is/4g5yp for future use and so that generations of future scholars can see solid evidence of what Kuhn meant by fierce resistance to paradigm change in science when it threatens cherished sacred-science beliefs. 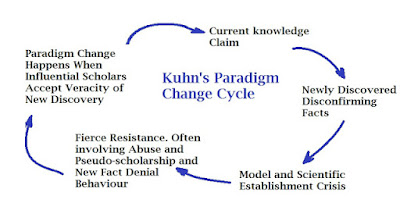 In his raving bonkers jealous red foaming mouthed cyberstalking of all my Tweets, bitter and certainly twisted little Julian Derry can't even distinguish the difference between me merely openly reporting what some one told me in a private email after they supposedly made a request to the Admiralty to see the captain's log for the voyages of the Beagle, which Darwin was on (of which they say they were permitted to see and read and, they told me, they took notes of) and what I actually think is accurate or not, as the case may be regarding whether that actual log has ever been published anywhere, ever as a log. And, sadly, we all know what it means when a person cannot tell what is real from what is not. 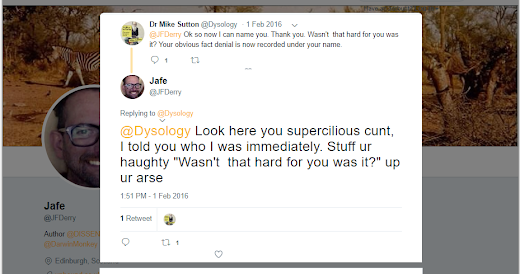 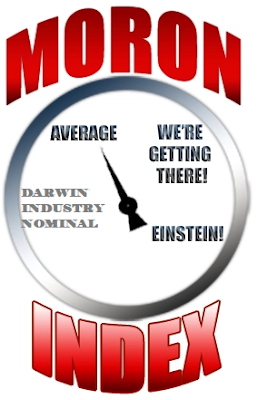 Posted by Dysology at 03:48 No comments:

THE CORRUPT DARWIN INDUSTRY AND ITS NOMINALS

By their proven fact-resisting behaviour, some members of the Darwin Industry and some of its followers are engaged in what amounts to science fraud, fraudulent historical revisionist behaviours and repeated harassment in several ways, including but not limited to the following examples of academic misconduct:

(3) Dismissing facts by refusing to engage with them.

Get the facts on PatrickMatthw.com

Posted by Dysology at 06:29 No comments:

Email ThisBlogThis!Share to TwitterShare to FacebookShare to Pinterest
Labels: corruption in science, The Darwin Industry

The latest is that my first edition e-book Nullius in Verba: Darwin's greatest secret was self published - HERE 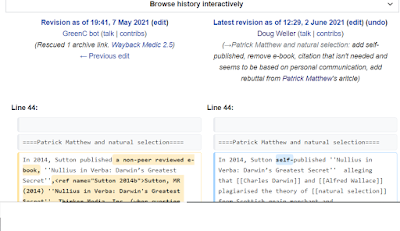 It wasn't self published at all. My book was published by the American publisher Thinker Media as a "Thinker Book" It was not self-published, nor was it vanity published.

This image of the book on a Kindle proves it 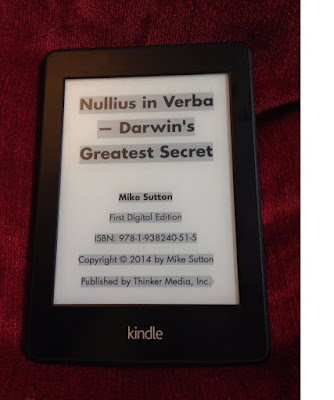 This archived link to the publishers website proves it https://archive.is/NIEDR
Sadly the publisher folded in 2016.
And the publisher's own information proves it: http://www.findglocal.com/US/Cary/182025205242439/Thinker-Books
Archived: https://archive.is/wip/gwkj8
Thinker Media was located in the town of Union Hall, Virginia. Thinker Media also had a technology and production center in Cary, North Carolina, the center of the East Coast's Research Triangle. Thinker Media was founded by Bob Butler, a former Reed Elsevier LexisNexis GM/COO.
My Thinker Media editor Bob Butler even nailed George Beccaloni for writing a fake review of the book when he had not even read it. But bent-Wikipedia in its desperation to hide the facts its corrupt editors don't want you to see would  never publish that fact. Click the link to see George wriggling on the end of his own hook https://archive.is/HrxUg

Posted by Dysology at 11:30 No comments:

I have several hobbies. My favourite is repairing and restoring antique violins. You can visit my blogsite on some good but less valuable student violins in my collection Here.

Hang on in there dear reader, there is an idea link too.

Hobbyists and professional luthiers have a disparaging acronym for poor quality violins. Namely, VSO, which is short for a Violin Shaped Object. A VSO essentially looks like a good violin, its strings can be tuned to correct pitch, and it can be played to produce a fair tune, but it is a pretender to the ‘real thing’. It does not have the wonderful resonant complexity of tone, brightness, brilliance, depth, colour, loudness, projection, focus, speed of response, sheer playability and wonderous balanced beautifulness of sound, appearance, eminence of tone woods, and artistic craft build-quality of a master violin.

Analogously, what we might call “The Darwin Theory” is like a VSO. It is not a “Master Theory”. It has been cobbled together by cheapskate corner cutters, duffers, bodgers and sometimes by fraudsters, then all packaged and presented to appear as something it most definitely is not and can never be improved to be.

The Darwin Theory emerges from and is supported by the Big Data and other evidence in this book. The Darwin Theory is fraudulent under the codified rules of scientific priority; rules which make the theory of macroevolution by natural selection Matthew’s theory alone.

The Darwin Theory is not the theory of macroevolution by natural selection.

The Darwin Theory is a quasi-supernatural theory shaped delusion (TSD) made up by Darwin, his magical thinking Darwinites, and Wallace apologists.

Following unique research findings, we can now see the Darwin Theory for what it really is. It’s a fairy story, penned by Darwin and promoted by his fanatics, in which King Darwin has no clothes, but his blind-sighted fans just can’t see it.

The Darwin Theory can be summarised as follows:

Darwin and Wallace had miraculous dual independent virgin conceptions of a prior published theory that was read and cited in the publication record by their influencers and their influencer’s influencers. Darwin miraculously re-shuffled the same four words Matthew first used to name the theory and replicated the same examples to explain it, one being the essential explanatory difference between artificial and natural selection coming from the same prior-published paragraph containing those same four essential words ‘natural process of selection’. And even though, once confronted by Matthew in the press, Darwin told multiple lies about the prior readership of Matthew’s theory and where in his book it is to be found, these were magically not examples of Darwin lying, because Darwin, being Darwin, was not a liar, even though he was.

Posted by Dysology at 14:25 No comments: