Don't be Credulous: Beware of mere appeals to dunderheaded authority

Get facts on any scientific matter and verify them for yourself. Failure to do so may cost you your life: https://t.co/UGs8RiPVKthttps://t.co/HBDuKMbtdG pic.twitter.com/NlR1oDa35Y 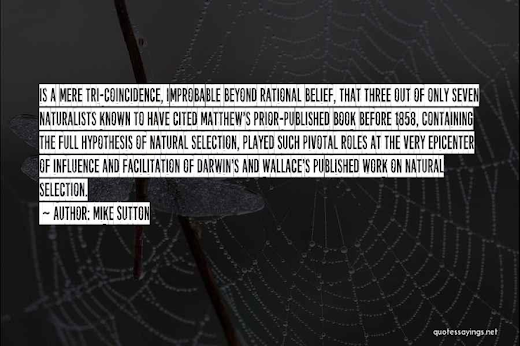 Posted by Dysology at 03:04 No comments:

Posted by Dysology at 03:37 No comments:

Email ThisBlogThis!Share to TwitterShare to FacebookShare to Pinterest
Labels: PatickMatthew.com

The Review of On Naval Timber in the Quarterly review 1831

Note what is contained in the review below is a necessarily cryptic reference to the sedition Matthew wrote on artificial and natural selection of human beings by way of the aristocracy and royalty not breeding with the best of the wider human race. 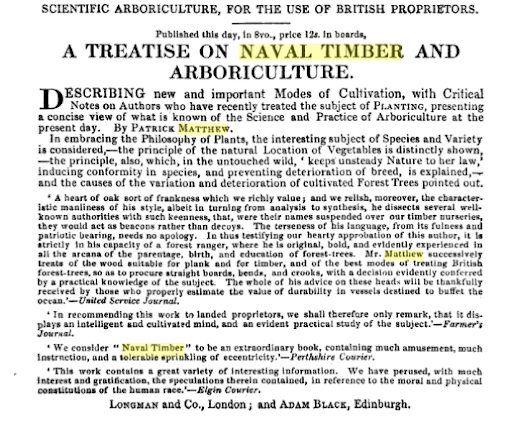 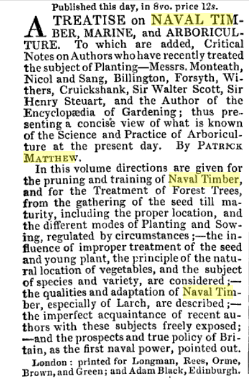 Posted by Dysology at 17:04 No comments:

The Stone of Scone (Stone of Destiny) Returns to Scone Palace

In the grounds of Stone Palace (on a Farm called Rome) Birthplace of the true father of the theory of evolution by natural selection Scotland has also found Patrick Matthew's grave in Errol Churchyard!

Posted by Dysology at 04:11 No comments: 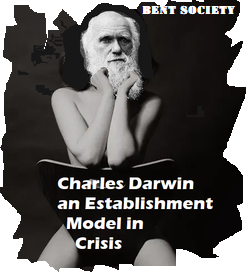 Posted by Dysology at 01:11 No comments:

The Darwin Legacy of Fake Facts

Get the facts on Darwin's great science fraud by glory theft, serial lying and plagiarism

The #ToffPandemic has been infecting our society and institutions with dishonest fake facts for hundreds of years. For example, landed gentry toff Charles Darwin married his cousin! Today their offspring's offspring control his fraudulent legacy with £££ https://t.co/xZYPlO4ppr

Darwin is ranked the most influential influencer of all time. But why?

Looking for Xmas gift for someone who hates cheats & liars? This true detective story could be perfect

"This behind-the-scenes portrayal will be fascinating to anyone who loves a true-life detective story, where in this case, the victim was the truth." https://t.co/CLKiPRJoQT

Posted by Dysology at 13:41 No comments:

Great is the power of the pathological serial liar

On the power of Fake News, Serial Lying, and other Misrepresentations of Fact by nasty Charlatans, Glory Thieves, and Egomaniacal Con Artists. pic.twitter.com/sTt9lb8K2v

Posted by Dysology at 06:09 No comments:

Email ThisBlogThis!Share to TwitterShare to FacebookShare to Pinterest
Labels: Misrepresentation

The stuff you find in the #globalvillage - This from "Quotes and sayings" website accompanied by some rather "saucy" #clickbait pictures (don't click those pictures) quoting from my book "Nullius in Verba: Darwin's greatest secret" https://t.co/CLKiPRJoQThttps://t.co/TLsLqwKeqK pic.twitter.com/pRtLo6ffe0

Posted by Dysology at 06:24 No comments:

Email ThisBlogThis!Share to TwitterShare to FacebookShare to Pinterest
Labels: Quotes and Sayings

To me, it looks on the face of it that a pertinent chapter (at least on the obvious issue of Darwin's and Wallace's plagiarism) is to be found in TRANSLATING NATURAL SELECTION: TRUE CONCEPT, BUT FALSE TERM? by Thierry Hoquet pp. 67-96 2013). What is interesting is that in this publication Hoquet cites Matthew's original, and prior to Darwin's and Wallace's supposedly miraculous independent 1858 replication of Matthew's theory, coinage of the term "natural process of selection". Hoquet notes Darwin (1859) wrote 'process of natural selection' in his book The Origin of Species, but that  four-word shuffling of Matthew's term does not appear to interest him. 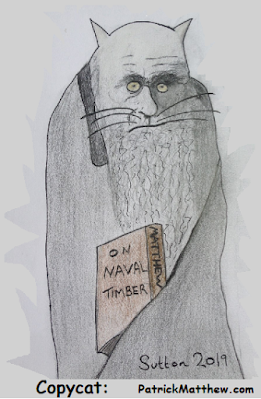 Those questioning whether or not Darwin plagiarized Matthew, are of course alerted to the fact ignored by Hoquet that Darwin has originally four-word shuffled Matthew's original phrase into his own regeneration of it.
In my book (Sutton 2017), I point out why a plagiarist of  Matthew's theory of evolution by natural selection would risk such a thing. My own guessed reason for that is because Darwin had no choice, because the theory is about (1) "selection" that is (2)"natural" (as opposed to artificial) and is a (3) "process".  Therefore, Darwin would have felt he had no choice but to regenerate by four-word shuffling Matthew's original term for the concept he plagiarized from him, otherwise Matthew's theory could not be explained as well as the originator explained it before Darwin stole it.
NOTE: I am most grateful to Hugh Dower for for sharing the pdf containing Hoquet's publication.

Posted by Dysology at 01:41 No comments: