Matthew's book reviewed in 1831 by The Metropolitan 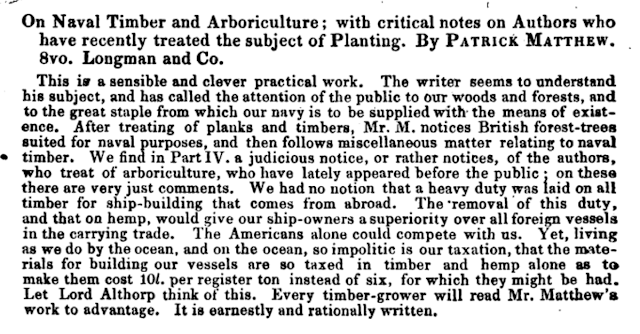 Posted by Dysology at 10:45 No comments:

Posted by Dysology at 10:01 No comments:

Email ThisBlogThis!Share to TwitterShare to FacebookShare to Pinterest
Labels: DeTechtion

Unsurprisingly, as it now turns out, Charles Darwin had a most massive #ItchyBeard Silly man:

On the Dictionary meaning of the phrase "itchy beard" https://t.co/AQkYrkzvbA pic.twitter.com/MiXmtQL9rx

Posted by Dysology at 09:53 No comments:

Posted by Dysology at 07:37 No comments:

Will we find it in hotel drawers? #CriminologyDiscoveries

What of Dawkins' "Honest, Original Independent Darwin Delusion?" Should he not first heal himself? https://t.co/3XMQL72PHL

Should he finally attone & admit he never coined the term selfish gene?https://t.co/tUP8rqYpFu https://t.co/LIPE2V8KyV

Posted by Dysology at 07:07 No comments:

What's on your bookshelf that upsets obscene and obsessed nutters?

I've seen one on that shelf with your excellent blurb on the back - And its written by a very naughty boy! https://t.co/JNKBGWXPHd pic.twitter.com/2YYdwA4Rc7

Posted by Dysology at 02:32 No comments: