Get the independently verifiable and expert peer reviewed facts, not the credulous propaganda fact denial claptrap

Posted by Dysology at 03:10 No comments:

Email ThisBlogThis!Share to TwitterShare to FacebookShare to Pinterest
Labels: #Wikigate

Darwin's Mentalist Zombie Horde: Lack of free will once in the cult of Darwin worship

So sad that the scientific establishment is so slow to admit when facts prove its most influential "leaders"  and icons and highly respected members and all the rag-tags on its fringes  are wrong in all those textbooks and articles and on social media etc and are now totally credulous losers. I really can't understand why they don't admit that right away when it's proven 🙈🙉🙊. 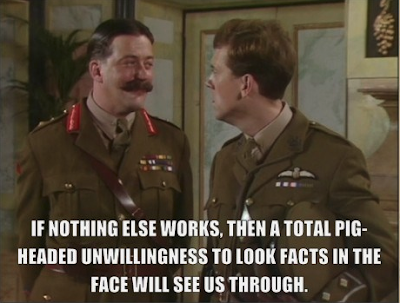 Posted by Dysology at 01:11 No comments:

Following the New Data on his plagiarism. Darwin, most fittingly, is now toast.
Pass the marmalade.

Darwin is Toast! As if the miracle of Darwin's & Wallace's dual virgin conceptions of Patrick Matthew's prior published theory (which we newly know their influencers & Wallace's editor had prior read & cited) is not enough. Darwin has most fittingly become toast on my book cover! pic.twitter.com/41LC11UKOz
— Dr Mike Sutton (@Criminotweet) January 30, 2020


In my book Darwin and Wallace are 100% proven liars and science fraudsters by glory thieving plagiarism.

Problem of the idiotic new #Brexit50p coin is solved.

Moreover, the theory of many idiotic scientists - that nothing can be 100% proven - is also bust. Of course it can you idiots! Toss this coin 100 times a session for infinity and it will never land on tails. Never ever. pic.twitter.com/K2mVj9FdMR
— Dr Mike Sutton (@Criminotweet) January 30, 2020

Posted by Dysology at 10:55 No comments:

Email ThisBlogThis!Share to TwitterShare to FacebookShare to Pinterest
Labels: 100 per cent proof, Darwin is Toast


An expert peer reviewed paper at the intersection of botany and science fraud by plagiary and glory thieving lies.

Patrick Matthew was the first to introduce and propagate giant redwoods in the UK. Many of the trees he planted survive in Scotland today. Yet once again scientists known to Darwin and his cronies tried to steal that glory from him They too were finally exposed by the independently verifiable facts of Matthew's originality: Here

If you would like to see the Matthew redwoods, head for the Patrick Matthew Trail in Scotland - Here
Posted by Dysology at 00:31 No comments:

Email ThisBlogThis!Share to TwitterShare to FacebookShare to Pinterest
Labels: A criminologist on botany and science fraud

Darwin Lad George Beccaloni shows us what he is


Here, in this post, you can see the behavior and harassment rantings of just one of the rabid harassment troll Darwin Lads, I blogged about recently (here).

The Lad in question today is one George Becalloni, (here) who operates rather fittingly as a fact denial fake review writer of books he has never even read. Becalloni operates as an obsessive dysological harasser of the facts he so despises under the name of a giant cockroach - Megaloblatta 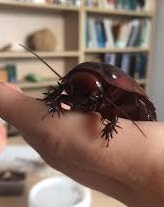 Beccaloni went bonkers about my book - writing a fake review of it even when he had not read a word of it. Why? Because he is totally obsessed with his love of Alfred Wallace (at the time of writing Beccaloni is working full time on lovingly curating Wallace's correspondence) learned that I originally discovered that Wallace's (1855) Sarawak paper editor Selby cited Matthew's (1831) book in 1842 and therein wrote about his radical ideas. Moreover, I also originally unearthed the fact that Wallace doctored a letter in his autobiography to hide the fact he was being paid off by Darwin and his cronies to join in with Darwin to plagiarize Matthew's theory in their (1858) Linnean society papers (facts here). This data, and much more besides in my book Nullius overturns the beloved Darwinite myth that Matthew could not have knowledge contaminated Wallace.

The record here of Beccaloni's harassment of the newly unearthed facts, that he so hates, switch between the comments below and others cited by me in my replies to him on the Darwin's Sandwalk website (archived here). On the Sandwalk you will find Dr Arlin Stoltzfus of the US National Institute of Standards and Technology conducting himself with all the scholarly objectivity of the proper scholar he is as he supports the evidence led, fact fueled, rational arguments for Darwin's and Wallace's plagiarism against the ludicrously desperate rantings against the facts made by the likes of  George Beccaloni.

Beccaloni makes the same mistake as the rest of the Darwin Lads, namely he thinks he is preying upon me. But being an idiot, he picked on the wrong person. As you can see in the comments below he merely preys upon himself with his own desperate angry stupidity.

These comments - and my responses to them - are also published elsewhere on this blogsite.

Posted by Dysology at 04:03 No comments: