I’m actively working on 2 new books. Outgrowing God is Atheism for Teenagers. Second one (illustrated) is Atheism for Children. It still needs a title. Maybe OMG I think I’m an Atheist. Both will be seen by some as blasphemous. And as hate speech, simply for telling the truth.

I have a cover that is ideal for @RichardDawkins . Because he believes in the Judeo Christian Tradition he despises that humans can have an immaculate conception. Only he adopts the Dawinite Cult belief in dual miracle concept births of Darwin & Wallace: https://t.co/E8QuuMzsSL pic.twitter.com/CSLOLfizpF

Posted by Dysology at 04:02 No comments:

Plagiarism in the Journal of the Linnean Society

One of the apparently totally obsessed with me cyberstalkers - this one is a German named Dagg who follows me all over the Internet writing silly, often factually wrong and otherwise illogical comments - blatantly plagiarized in the Linnean Journal a couple of months ago (by not citing my book - to which he earlier wrote a typical malicious Darwin worship cult Amazon book review)  my discovery that Selby (among other naturalists I originally unearthed) read and cited Matthew's book pre-1858. [Instead, Dagg used the Selby discovery with no citation of my prior original Big Data discovery of it  (Sutton 2014a , 2014b , 2015)  in the previously hidden literature]. I have been informed by senior academics that I could have his paper retracted on those grounds, but I won't stoop to that level. Because now I can write wherever I like that he (an obsessive critic of my published original discoveries) plagiarized me on the topic of Darwin and Wallace plagiarizing Matthew, and he did in the exact same journal where Darwin and Wallace plagiarised Matthew. Moreover, he did so in an article trying to refute any evidence that Darwin did commit plagiarism. How ironic is that? I prefer to let the publication record speak for itself. It's all history and is all very amusing. These facts speak volumes for the quality of the Journal of the Linnean Society, of course.

More on this topic of malicious cyberstalking and other unscholarly conduct (with all the clickable archived references to support these facts) on the Patrick Matthew website Here.

An earlier blog on this particular hilarious Linnean Society Journal debacle here
Posted by Dysology at 04:33 No comments: 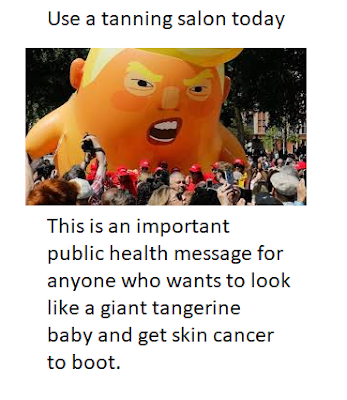 This is a public information Tweet on skin cancer. Don't use a sunbed unless you wish to look like a giant racist, misogynistic "misspeaking" panda-eyed tangerine baby with a ludicrous comb across. https://t.co/vbGKyttp5E
— Dr Mike Sutton (@Criminotweet) July 21, 2018

Posted by Dysology at 04:51 No comments:

Claim: "Darwin & Wallace had amazing dual independent conceptions of the prior published theory their friends, influencers and Wallace's editor had prior read and then cited." 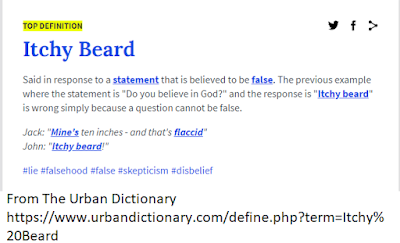 Posted by Dysology at 02:02 No comments:

Facts are facts and lies are lies.

Posted by Dysology at 03:14 No comments:

Don't be Like Trump and his Ignorant Followers: Say "Nullius in Verba"

Just as the plagiarist, extortionist, and teller of tall-tales, Alfred Wallace did in the 19th century, Donald Trump promotes an anti-vaccination agenda in the 21st. As our Health Watch article reveals, Trump's ill-reasoning is based on the infamous retracted Wakefield paper. 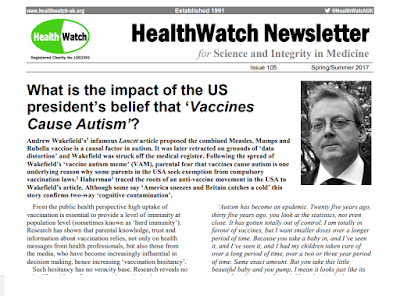 Darwin was a prolific plagiarist and he lied to cover up the fact he and Wallace committed the World's greatest science fraud by plagiary.

Remember @RichardDawkins & Darwin fans. Never rely alone upon the mere opinionated advice of any guru. Check the independently verifiable facts for yourself. Adopt the motto of the Royal Society: #NulliusInVerba They exist in books for your brain to weigh https://t.co/CLKiPRJoQT https://t.co/m3VkfbWuLt
— Dr Mike Sutton (@Criminotweet) June 3, 2018

Posted by Dysology at 01:34 No comments:

Email ThisBlogThis!Share to TwitterShare to FacebookShare to Pinterest
Labels: Nullius in Verba

On Harassment of Academics

Posted by Dysology at 00:33 No comments:

Email ThisBlogThis!Share to TwitterShare to FacebookShare to Pinterest
Labels: harassment

Who Do We Think We Are? Big Data N=All and Mentions in Parliament Cited in Hansard


Is is interesting to see that the same Big Data technology that for the first time (Sutton 2014, 2017) detected Patrick Matthew's (1831) book and bombshell theory of evolution by natural selection being cited in the historic literature by Darwin's and Wallace's influencers and also by their influencer's influencers (all many years before Darwin's and Wallace's 1858 Linnean Society Scandal supposedly miraculous immaculate independent conception replications of the same theory) enables me to see that my Market Reduction Approach to theft and my name have been mentioned in UK Parliamentary answers. Moreover, it is very good to see that a number of my co-authors down the years are similarly mentioned in Hansard. Who do we think we are?


On just one small part of our disciplinary legacy. So "Who do we think we are"? @DrMarkGriffiths @PaulEkblom1 Big Data and mentions in UK Parliament Hansard https://t.co/GcdmD6kYmy pic.twitter.com/3amaLzAUXz
— Dr Mike Sutton (@Criminotweet) July 7, 2018


So who do YOU think YOU are?

Posted by Dysology at 10:58 No comments:

In terms of myth busting long cherished science myths, Big Data technology led to the devastating new bombshell discovery that Darwin and Wallace committed the world's greatest science fraud by lies, plagiarism and glory theft of Patrick Matthew's prior-published theory, which their friends/editors/influencers and influencer's influencers read and cited and that Richard Dawkins never coined the term 'selfish gene' nor the concept that is now a biological meme, and so much more besides.


This book @Viktor_MS @kncukier is essential reading for #Criminology.
Anyone exploring network theory or the benefits and potential dangers of predictive offending, victim algorithms and other #BigDataCriminology should read it. Here is my Amazon review. https://t.co/qeoJ4bSHnI pic.twitter.com/EKrueBk8FX
— Dr Mike Sutton (@Criminotweet) July 6, 2018

This is a seminal work on Big Data. I have written on the topic myself with professor Mark Griffiths, who
recommended the book to me.

Viktor Mayer-Schönberger and Kenneth Cukier, the authors of ‘Big Data’, do an excellent job of telling us exactly
what Big Data is and how what we currently have is rooted in historic exercises in trying to make sure that as far as
is possible N=all. Of course, N (the sample) seldom does equal all, but what we call Big Data gets substantially
nearer to that than purposively limited statistical sampling.

What I most like about this book is the fact it provides so many examples of how Big Data reveals insights that could
not have been obtained in any other way. But most importantly, the authors then explain the importance of the
results obtained. For anyone interested, as am I, in social network theory then pages 30-31 are a must read.

The last chapters of the book reveal the limitations of Big Data and the inherent danger of relying upon predictive
algorithms – particularly in the fields of criminology, policing and criminal justice.

I cannot recommend the book more highly. Buy it. Read it. Think about it. Be enlightened. It might well change the
way you think about data.

Posted by Dysology at 10:54 No comments:

Childish Darwin and Wallace Worshippers Should Grow Up 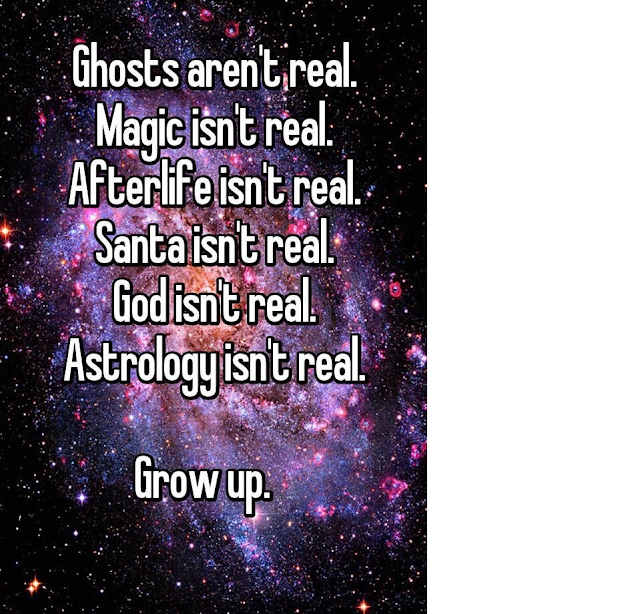 Spot on! And Darwin's and Wallace's ludicrous dual miracle of supposed independent immaculate conceptions of a prior published theory are not real either. They are newly proven by newly discovered data to be sly excuses for plagiarising science fraud: https://t.co/yjnBYJOyUI pic.twitter.com/fJNpXLCfRj
— Supermythbuster (@supermyths) July 3, 2018

Posted by Dysology at 10:46 No comments: