Posted by Dysology at 13:13 No comments: 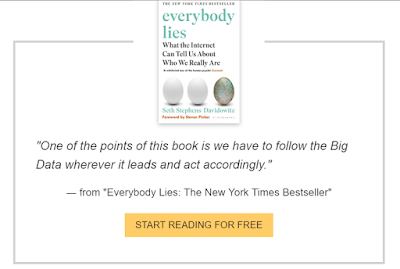 Just Google "On knowledge contamination" to see the new Darwin story proves it "There were stories hidden in data... https://t.co/XMozYPp4hg

Posted by Dysology at 23:55 No comments:

Do otherwise rational scientists believe in a dual supernatural miracle?

An allegorical analogy to help atheist scientists realize they need to stop believing in the ludicrous miracle of Darwin and Wallace experiencing dual independent immaculate conceptions of Patrick Matthew's prior published theory, which their friends and influencers prior cited pic.twitter.com/9HYXNi4O6i

Posted by Dysology at 02:03 No comments:

They can run from the newly unearthed facts about Charles Darwin but they can't hide...not even in Holland. The truth will alway out in the end. pic.twitter.com/NU0gbX0nq4

Posted by Dysology at 14:43 No comments:

The @URealists and other social scientists are aware that #BigData and associated #AI has changed everything and will impact hugely in academia. Most have not yet realised this. They are blind to what is already here. Because? https://t.co/zNoi4C74WH

Posted by Dysology at 06:48 No comments:

Email ThisBlogThis!Share to TwitterShare to FacebookShare to Pinterest
Labels: BigData and science


Watch “Only Pigs Know What this Pig is Saying to Them Before it Laughs” on #Vimeo https://t.co/kbHfBxwmgd

Posted by Dysology at 11:41 No comments:

Email ThisBlogThis!Share to TwitterShare to FacebookShare to Pinterest
Labels: Science fraud by plagiarism

On"Everybody Lies" @SethS_D You might find this discovery made with Google #BigData interesting. Adds another example to your important discoveries about BigData unearthing terrible things about us
1. https://t.co/yZSRhuMq7p
2. https://t.co/LMpbVPMAh6
3. https://t.co/R3oTyZalfe pic.twitter.com/ccJUpl8jk0

Posted by Dysology at 02:54 No comments:

In 1855 they skinned a giant redwood tree. Today, in Scotland some of the magnificent trees are being felled to help expand a quarry. So #WhereIsSwampy? https://t.co/EjEcRBFXQN pic.twitter.com/wKe9zoejnd

Posted by Dysology at 12:04 No comments:

This terrible: Darwin is a proven liar and plagiarist

According to all definitions of the word, and as supported by the independently verifiable facts of the historic publication record (newly unearthed with #BigData technology), Charles #Darwin was a plagiarist. Perhaps the worst plagiarist in the history of scientific discovery. pic.twitter.com/ilH8LsiNeM

Posted by Dysology at 01:34 No comments:

Fine sentiments. However, it must be said that Gould himself made errors along the very same credulous lines. He sometimes just simply made stuff up and then he insisted it was factual in criticism of others because he thought was possibly true. #BigData analysis proves him wrong pic.twitter.com/kpETWbQi4u

Posted by Dysology at 10:24 No comments:

Email ThisBlogThis!Share to TwitterShare to FacebookShare to Pinterest
Labels: Gould

The #DigitalAfterlife @philwane and re-discovered grave of #PatrickMatthew - The actual (as opposed to Darwin - the lying and plagiarizing science fraudster https://t.co/3XMQL72PHL ) 1831 originator of the the theory of evolution by natural selection: https://t.co/2DnSwbI0HO

Posted by Dysology at 03:21 No comments:

Any nation's excellent universities engage with uncomfortable new verifiable discoveries / ideas to stand up for them & their discoverers. Unless they do so, human knowledge will atrophy & progress in many areas will be halted. Book burning may even follow https://t.co/CKTMM2Uttn pic.twitter.com/r0fIfPY7vD

Wikipedia has a page on cyberstalking. https://t.co/AABt40p7b4 But of course, one thing it does not have on that page is that criminal cyberstalkers actually publish fake information on Wikipedia as part of their demented monkey offending. Thankfully, the law is clear & hits hard pic.twitter.com/k7gst5QZ42

Darwin is a proven liar and glory thieving plagiarist

Posted by Dysology at 01:19 No comments:

On Giant Redwoods: Another Myth about Matthew is Busted 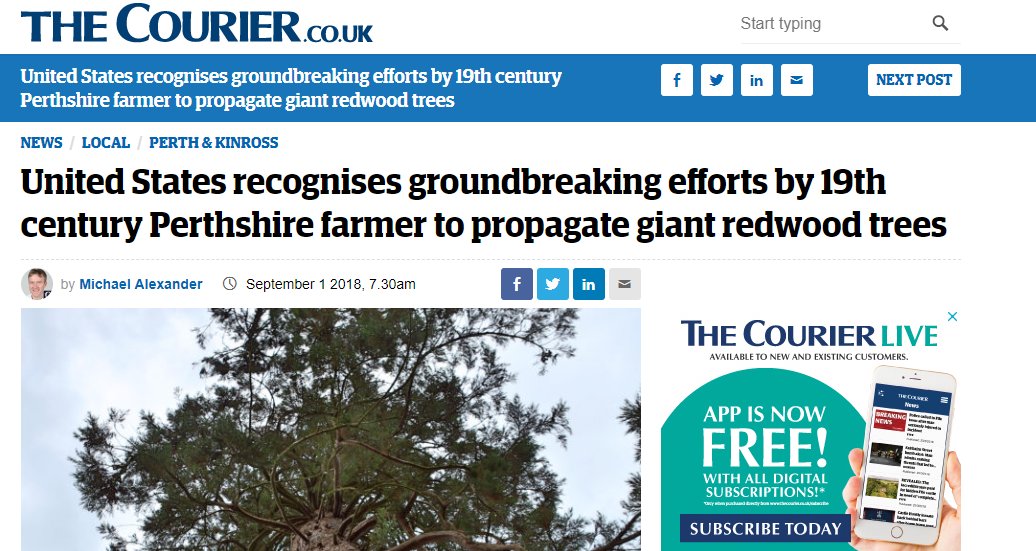 Although Darwin, who along with Wallace, claimed priority for Patrick Matthew's 1831 prior-published theory of evolution by natural selection and Darwin wrote in his own defence that Matthew was an obscure writer on forest trees, we now know that Darwin's friend and correspondent John Lindley published a fallacious story that Lobb, rather than Matthew and his son John were first to introduce giant redwoods into Britain. Moreover, the  journal of which Lindley was editor was in possession of a letter, penned by Patrick Matthew, proving the Matthew's priority for that. Giant redwood fame was for years  wrongly attributed to another, robbing patrick Matthew and his son John of their rightful glory on the topic of trees.  The consequences of Patrick Matthew not being hailed a hero, as Lobb and Lindley were in so many publications - between 1853 and 1866 -  particularly when the grand enormity of these trees was brought home to the British via a display of one at the Crystal Palace Exhibition in 1851 -  must have assisted Darwin later (from 1860 onward) in so successfully portraying him to other naturalists as merely an obscure Scottish writer on forest trees. And we know that the myth stuck.

John Lindley is an interesting character in the story of Matthew, Darwin and Wallace. He was a professor of botany at the University of London and best friend of  William Hooker - who was the father of Darwin's best friend Joseph Hooker (who dishonestly countersigned Darwin's letter to the Gardener's Chronicle in 1860 that contained Darwin's proven lie that no naturalist had read Matthew's original ideas on natural selection before 1860). Lindley co-authored an encyclopedia with the naturalist and polymath John Loudon. In 1832, Loudon reviewed Matthew's book and wrote that it appeared to have something original to say on 'the origin of species'. That was 26 years before Darwin and Wallace replicated Matthew's theory and claimed it as their own unique independent conceptions.

These facts are not a conspiracy theory as some today are writing to keep them down, because they are all independently verifiable . What they do represent is a great preponderance of newly unearthed evidence that the scientific community kept Matthew down by writing falsehoods and lies and attributing his unique and fundamental contributions to others.

In Scotland some of these ancient historic trees are under threat of the chainsaw by developers:

Latests news on their history: https://t.co/EjEcRBFXQN

Posted by Dysology at 03:22 No comments: