Here on the Patrick Matthew Blog, I have blogged several times on how corrupt Wikipedia is facilitating the deletion of significant facts in order to pursue a propaganda-driven Darwin deification agenda at the expense of the independently verifiable facts.
To date, these Wikipedia-Agenda-Editor-Clowns immediately delete any fully referenced - even scientific journal peer reviewed (Sutton 2014    and Sutton 2016   ) - mention of the 100 per cent proven, and independently verifiable fact that Charles Darwin lied about the prior-readership of the original ideas in Matthew's (1831) book, containing the full hypothesis of macro evolution by natural selection.

Academic corruption in an area such as the history of science is likely to be subtle. Were it any other way, perpetrators who deliberately hide significant facts from the public and their peers and students, would not be able to get away with it for very long. Subtlety is not evidence of any kind of conspiracy, it is simply the only effective way that so many criminal offences are committed by those who wish to avoid detection. And just as so many legitimate members of society facilitate crimes such as theft by selling highly specialist tools such as crow-bars, bolt cutters lock picks and slide hammers to the general public, so to do many of those involved in what we might name "academic agenda project fraud" work anonymously from the inside, slyly astroturfing   , or else simply assisting salaried academics to hide facts from the public by brute censorship in publications where they have power to delete facts that undermine any extremely carefully crafted and orchestrated agenda-view. Such subtle academic fraud, is today, and has for some time been happening, on the Patrick Matthew page on the Wikipedia encyclopaedia. Let me explain and reveal the facts:

This morning, using a relative's laptop PC - revealing it's IP address to Wikipedia and the public - I personally corrected the misleading information on Wikipedia's Patrick Matthew page   , which gave the typical Darwin deification inaccurate impression that Matthew's heretical ideas on natural selection were not noticed pre-1860. The new - 100 per cent proven, independently verifiable facts, that I added this morning, set the record straight, and are highlighted in this blog post in bold and italics:

The United Service Journal and Naval and Military Magazine published an extended review in the 1831 Part II and 1831 Part III numbers of the magazine; it praised Matthew's book in around 13,000 words, highlighting that "The British Navy has such urgent claims on the vigilance of every person as the bulwark of his independence and happiness, that any effort for supporting and improving its strength, lustre, and dignity, must meet with unqualified attention." The review did not mention the appendix to the book.[11]   . However, it did, in Part II, on page 457 stridently criticise Matthew's then heretical conception of macroevolution by natural selection, which in fact runs throughout his entire book intertwined with his then seditious chartist politics: "But we disclaim participation in his ruminations on the law of Nature, or on the outrages committed upon reason and justice by our burthens of hereditary nobility, entailed property, and insane enactments."

Let us now wait, observe, and see if the Wikipedia Darwin deification agenda editors allow this disconfirming fact to survive on their so-called publicly editable "encyclopedia".
I predict that this fact will be deleted as part of the 156 year old Darwin Industry's corrupt propaganda campaign to deny Patrick Matthew's right to be considered an immortal great thinker and influencer in science. If it is it will not be the first time they have deleted this very same fact!
The deeply entrenched Darwinist myth, started as a deliberate proven lie by Darwin in 1860, that no naturalist read Matthew's ideas before 1858 was first blown to smithereens in my Thinker Media book "Nullius in Verba: Darwin's greatest secret" (Sutton 2014). Moreover, this 100 per cent proven fact, proof of Darwin's lies, along with the new 100 per cent proof of the newly discovered existence of many routes of Matthewian knowledge contamination of the brains of both Darwin and Wallace, passed scientific peer review in March 2016. See: 'On Knowledge Contamination: New Data Challenges Claims of Darwin’s and Wallace’s Independent Conceptions of Matthew’s Prior-Published Hypothesis'
Wikipedia and the personal pocket lining lying Darwin Deification Industry will be dragged kicking and screaming into the 21st century by the disconfirming facts for their published pseudo scholarly fallacies, myths, lies and corrupt propagandising.

Within 90 minutes of the correct information being added to the Patrick Matthew page, about what is 100 per cent proven to have been written about Matthew's book in a published book review of 1831, we see The Wikipedia official editor Dave Souza - who is systematically deleting facts about Darwin and Matthew on this page - has deleted the fact just as predicted. And he did so inside 90 minutes of it being put onto the page.
Even though the source of this fact is cited to the very same source already referenced, Wikipedia editor Dave Souza brazenly, fallaciously claims that it is both un-sourced, contrary to the published source, and "dubious": CLICK HERE to see his edit of 8.58.

Proof Dave Souza is misleading the public and systematically deleting facts on Wikipedia in order to hide the fact Matthew's ideas on natural selection were read and understood by many others pre 1858.
Here is the proof from page 457 of the United Services Journal review of Matthew's (1831) book :CLICK HERE    to access the actual book and the very text on the page he claims does not exist:

Attribution
Page 457 of the United Services Magazine 1831, book review of Matthew's On Naval Timber and Arboriculture
Wikipedia Editor Souza has done this same thing before (Click to see the facts and discussion of his past behaviour) regarding fully cited sources to Darwin's proven lies on the prior readership of Matthew's book. He claims the cited sources don't exist and when met with protest that he is lying he then is able to actually ban's the complainer from editing anything ever again on Wikipedia! How corrupt is that?

Is there one or many people hiding behind this Wikipedia editor name Dave Souza?
Here is an image of the entire page containing the text Souza wishes to hide from the general public as part of a systematic Darwin Industry uncomfortable fact deletion campaign Page 457 of the United Services Journal (1831) book review of Matthew's "On Naval Timber" 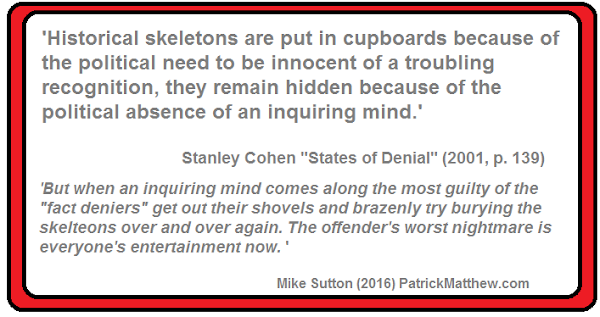 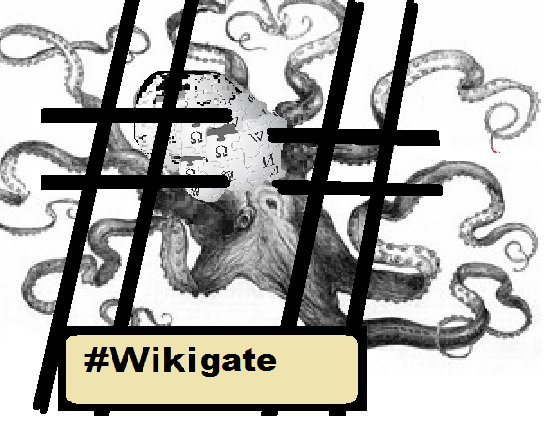