Myths about Darwin (No 2.) The 'Galapagos Conception Myth' and 'Notebooks Myth' 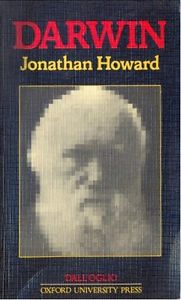 This sort of misleading storytelling has led to the "Finches Supermyth" that Darwin understood finch beak evolutionary adaptation  - in fact he never did any such thing. Darwin returned home from the Beagle voyage in 1836 still believing that species were completely immutable

Darwin supposedly began his Zoonomia notebook in 1837 (although we have no external evidence for this - other than the dates Darwin wrote on his private essays and notebooks - and Darwin is a proven prolific liar). The examples in that notebook on natural slection relate to fruit trees - Patrick Matthew's area of expertise. By 1837 two naturalists had already cited Matthew's book in the literature: the famous and influential naturalist John Loudon - who was a major influence on Darwin and his friends and and closely connected to his inner circle and the naturalist Robert Chambers - who went on the write the hugely influential "Vestiges of Creation" (SEE SUTTON 2014 FOR THE NEWLY DISCOVERED  FACTS)
Posted by Dysology at 05:51