Maybe this is a stretch too far? Maybe not? Opinions - and and that is all they will be - will differ on these hard facts which Darwin sketched and jotted down privately after Matthew prominently published in the book we newly know Darwin's and Wallace's influencers, friends, Wallace's Sarawak paper editor (Selby) and their influencer's influencers prior read and cited before Darwin or Wallace penned a word on the topic of evolution by natural selection. Did Matthew also influence Darwin's picture of his so called "Tree of Life"? Whatever the case, it is proven Darwin and Wallace plagiarized Matthew's theory, terminology and idiosyncratic explanatory examples (Get the published hard facts). And we do know that Darwin wrote about Golden Pippin apples in his Zoonomia notebook - a topic on which Matthew had also prior published - in relation to evolution. And we know Darwin read the publication containing that article by Matthew on Scarlet Golden Pippin apples (Here). 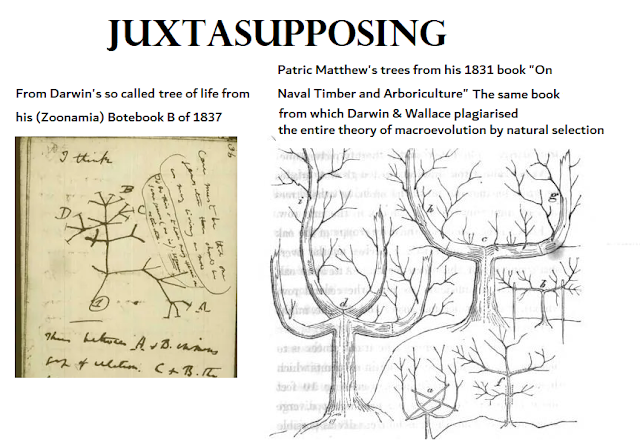