Blindsight protects individuals from the dangers of unbearable truth! But it is also, paradoxically, what we must look out for as a society. That is, if we wish to avoid the worst mass atrocities supported by "the majority view" (see Cohen 2001) . 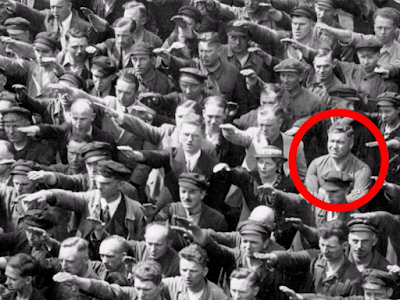 Invoking Godwin's Law
After this photograph was taken, Nazi Germany went on to put this German man into a concentration camp. Then they killed him by conscripting him into a penal battalion of their army - made up of prisoners He died in the fighting in the Ukraine. They killed his wife in a concentration camp. They fostered out two of his children But it was all done in the name of "the majority view".
The man is August Landmesser. In his day he was a "crank". Today he is our hero as: "The Man Who Refused to Give the Nazi Salute". 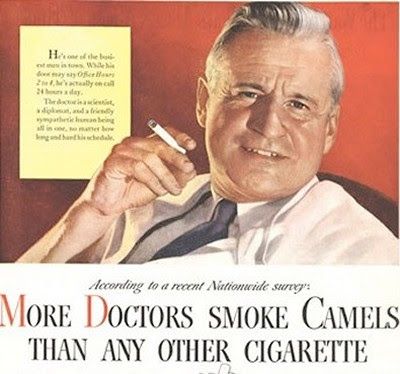 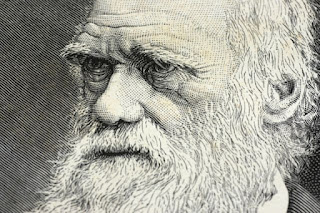 Like so many, Charles Darwin was successfully punterized by the tobacco industry's creation of the "majority view" of its benefits and smoked himself undoubtedly into an earlier grave than necessary aged 73. But, by way of contrast, the original thinking "crank" Patrick Matthew, who lived to be 84,  wrote against the stupidity of the smoking habit in in 1839, which was the year after Darwin supposedly completed his first private unpublished notebook on the topic of natural selection. The full hypothesis of macroevolution by natural selection was originally prior-published by Matthew in 1831.
Despite all the obvious and significant evidence to the contrary, the majority view currently remains that Darwin independently discovered Matthew's original prior-published concept. In my considered opinion, today, in light of the facts, this particular "majority view" is just as silly as calling non-smokers "fresh air fiends" and non-Nazis cranks.

Dare you look at and see the "real facts"?

Warning: Seeing and then acting upon the "real facts" on any issue against the blindsighted "majority view" can be mentally and physically overwhelming for some individuals. Consequently, I wonder: did we humans evolve blindsight, by natural selection, to stay sane, to avoid being murdered by the majority, to stay eligible in the breeding stakes?

Think! Does it pay you not to "salute" the majority view?

If you can so dare, then see if you can, for the first time, see the dreadful, obvious and significant facts that may help you to overcome the successful punterizing power of the mighty Darwin Worship Industry to blindsight the minds of scientists, and the wider general public, to the veracious history of discovery of the unifying theory of biology, Namely, the theory of macroevolution by natural selection. Click to "see".